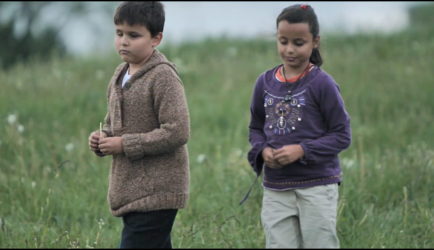 The film tells the story of a unique friendship between two 9-year-olds. The boy is blind. His girlfriend takes him for a walk to the lakeside. During their walk they are not only playing and fighting, but also trying to understand the world.
2011 | Documentary film directed by Filip Jacobson