Director of the GFS. Graduate of Polish philology on the University of Gdańsk.Producer, entrepreneur and publisher. Director of Polish Film Festival and CEO of Pomeranian Film Foundation in Gdynia.

Programme Coordinator in GSF. Director, screenwriter, producer. Since 2002 he has been teaching at Directing Department of Film School in Łódź, since 1 September 2008 – Rector of the school. Lecturer and author of Gdynia Film School curriculum.

Deputy Director of GFS. Director, screenwriter, photographer. Founder of the Family Album of Poles, author of short films ‘The Chronicles of Polish Film Festival’ and video clips. Originator and producer of the Pomeranian Film Workshops. 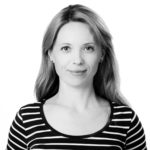 GFS Office Menager. Graduate of Polish philology at the University of Gdańsk and Institut Parisien in Paris. Comprehensive organiser and coordinator of numerous educational, artistic and integration projects from different fields of art. The mistress of optimism. 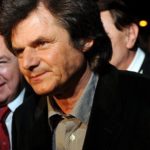 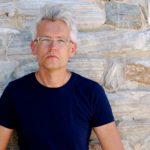 Film director, scriptwriter and film producer. The producer of a several dozen of documentary films and film series introduced to Polish and German market and a several hundreds of TV episodes.

Director, screenwriter. Member of the European Film Academy.Winner of many awards on Polish and international festivals. Nominated to Students’ Oscar for ‘A Man Thing’ in the category of foreign film in 2001.

Editor of such films as ‘Sweet Rush’,’ Katyn’,’ Weiser’,’ Lucky Shot’ and television series. She has edited many documentaries, animations and plays for Television Theatre. She has been working as an editor since 1991.

Writer and author of a poetry volume.He worked as a journalist in the Press Information Office of ‘Solidarity’. University lecturer, editor, director of the Gdańsk’s Department of Polish Television , more recently – columnist.

Screenwriter. Author of scripts for film, theater and TV. Educated as a theologian, he also studied philosophy and history of art.In 1995 began a literary collaboration with TVP, Axon Studio, Studio A and with film teams: Perspektywa, Oko and Dom.

Director, writer and producer of documentary films. Graduate of Directing Department on Film School in Łódź. Winner of many awards on Polish and international festivals, including awards for his directing debut on Polish Film Festival in Gdynia. 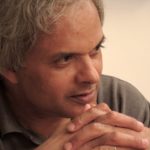 has been directing documentaries, television drama and feature films since graduating from the NFTS in 1983. His feature films include Brothers In Trouble, 1995, My Son The Fanatic 1997, and The Yellow Handkerchief, 2008. For television his numerous credits include 102 Boulevard Haussman, 1991 and Talking Heads 2: Playing Sandwiches by Alan Bennett along with They Never Slept 1989, Running Late 1992 and Femme Fatale 1992 by Simon Gray. He directed two episodes of The Tunnel 2013 for Sky Atlantic and two episodes, including the finale, of The Musketeers 2016 for BBC TV. Most recently he was lead director and executive producer on the first series of Selection Day 2018/19 for Netflix.

Film historian and theorist.Ph.D. on the University of Gdańsk. Professor of Pomeranian University in Słupsk. University lecturer of cinema and audiovisual culture. Author of books and scientific publications.

Graduate of Radio and Television Department on the University of Silesia. Actively working in the industry since 1990. Producer of feature films [for cinema and television], tv series and many documentaries. 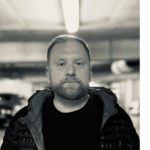 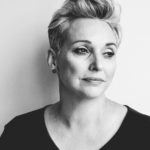 Director and screenwriter. She graduated in Film Direction from FAMU in Prague and earlier in Japanese Studies from the University of Warsaw. She made several documentaries, including the Eagle-winning full-length ‘The Actress’ about Elżbieta Czyżewska.