Joanna Kos-Krauze and Mirosław Bork joined the Gdynia Film School team. They will run the classes with first-year students who will begin their studies in October 2010 on Directing and Cinematography Department of GFS. 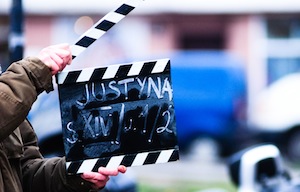 Mirosław Bork – a director and a producer. Between 1994-99 he was a director of the Television Agency of Theater and Film Production in TVP SA. Since 2006 he has been the artistic director of Polish Film Festival in Gdynia. The owner of Bomedia production company.