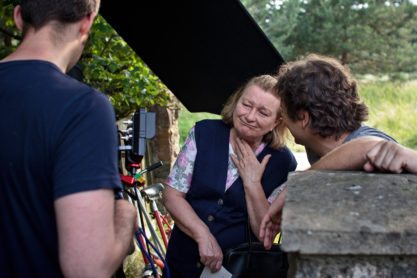 Krystyna, a 60-year-old pensioner living in the country, sells real honey by the road for a living. One day, the same road becomes a workplace of Russian prostitutes.
2012 | Feature film directed by Sławomir Witek

Krystyna doesn’t like her new company. Soon she comes into conflict with one of the girls and accidently comes into possession of her wallet filled with her daily sales. Against both women’ expectations, further events create a bond between them.